Should we stop talking about “behavioural needs” in primary schools?

Inclusion is something of a sacred cow in British education nowadays and this piece will divide opinion considerably. Before I begin, I think I need to state a few things clearly. The basic principle behind the Inclusion agenda is noble and good. When my parents were children, their peers with physical disabilities were often educated in separate institutions because many mainstream schools couldn’t meet their needs. A consensus has emerged since then that barriers to children attending mainstream schools should be removed and this is right. Huge progress has been made on making schools accessible to disabled people (though more work can and must be done.)

During my career I have had the privilege to help children with serious physical and other disabilities flourish at primary school. I fear for the future of the provision that facilitated this given the significant real-terms cuts to school funding currently being undertaken by the government. However, my experience has also convinced me that we have spread the “inclusion” net slightly too widely. At some point we have to distinguish between people’s needs and their choices- and that includes children.

I believe that it has been unhelpful to describe behavioural difficulties as “behavioural needs” because it has blurred the distinction between someone’s needs and their choices. Especially in primary school, when these issues can most easily be turned around, staff have been encouraged to use the language of Special Educational Needs to tackle these difficulties and this hasn’t always been appropriate. Parts of the Inclusion agenda, especially in the way it is applied to learners with behavioural difficulties, are used by the right to justify under-funding in education and by the left to avoid facing up to some difficult realities. This is causing some members of the public to lose faith in comprehensive education altogether. The alarming lack of resistance to new grammar schools we are currently seeing is one consequence. For the sake of our children, both sides of the political divide need to come to a realistic settlement.

Working in primary schools in and around London for eleven years was an enormous privilege. Even now, despite the awful assessments overshadowing Year 6, the experience children in an English state primary school have now is so much better than what most British adults were subjected to themselves: more rigorous, more fun and more effective. Most primary school teachers I have worked with are incredibly good at managing pupil behaviour. Imagine trying to keep control in a room full of the same 30 adults all day, every day for a year. Doing that with children isn’t easier- it’s actually considerably harder. But they do it. Day in, day out, your children’s teachers successfully command their domains, justly and benevolently for the most part.

Sometimes, however, a child arrives at school who routinely behaves in a way that undermines the learning of other pupils, even after all conventional means to address the problem have been exhausted. I’m not talking about children who are usually a bit cheeky or behave badly as part of a particular group. I’m talking about the tiny minority who simply can’t handle being in a mainstream school without resorting to violence or other equally disruptive behaviour. In eleven years in three schools I can think of thirteen such children out of well over a thousand and, if that’s representative, we’re talking about just over 1%. Often but not always as a consequence of their family background (addiction, cultural misunderstandings, poverty, domestic violence, you name it), turning them around in a mainstream school is an expensive, time-consuming, disruptive endeavour that is often, sadly, highly unlikely to succeed even for that child, let alone for the other children from whom the teacher’s energy is diverted. For the other learners in the school, it can be very damaging. The boundaries set by schools and parents are one of the most important things children have. If they see these being constantly undermined, it erodes their confidence and can have a detrimental impact on their behaviour. This is me, a waffly edu-blogger, describing what the guy down the pub calls a “bad influence.” It’s an awful thing to say, and it sounds like I’m writing children off (I’m not) but we must see the bigger picture. For public consent in an inclusive education agenda to be maintained, we have to convince the majority of helpful, supportive parents that it isn’t going to negatively impact their own children. This is something we have sometimes failed to do and the result is public opinion swinging towards the cruel crudity of selective education.

It’s not actually the fault of the schools. In some local authorities, a school, especially a primary school, is pretty much hung out to dry when it gets an unusually disruptive pupil. Permanent exclusions are often made almost impossible because there is simply nowhere else for the pupil to go. Academy chains are often much more willing and able to exclude, but then the pupils end up back in a local authority school and we’re back where we started. It can be extremely detrimental during an Ofsted inspection to have recent exclusions on your record. All of this means there is often, in reality, no ultimate sanction at all. We got nothing- and those troubled children know it. I’ve seen the moment some children in Key Stage 2 realise that the school’s rules are actually enforced by nothing but good will. At this point they systematically prod those boundaries, displaying their fragility for all the other children to see.

Draconian punishments and harsh discipline don’t help either. The vast majority of primary children thrive much better when the rules in their class are agreed with a friendly, approachable teacher who shows patience towards their mistakes. Anyone who worked with me knows that, despite the authoritarian tone of this piece, I always preferred gentle persuasion to scary strictness as a teacher. The problem is that sometimes a pupil comes along utterly committed to undermining this structure. They need to be given chances to change and adapt and the school should do everything it can to support that, involving its Special Educational Needs team for a period of time if appropriate. However, everyone in the school must know that, at some point, that child will be held accountable for their choices if they don’t change. Maybe one day we can find a utopian alternative to that inconvenient reality, but I think we need to park our ideals for a moment and get real: protecting the needs of the many matters more than accommodating the poor choices of one or two.

What am I proposing instead then? What should we be doing that we aren’t at present? Some local authorities, but an ever-decreasing number, operate Pupil Referral Units (PRUs.) These provide an education to the children in the area with the most challenging behaviour. They take only the most extreme cases (rightly) but usually only once they are at secondary school, by which time the problems are much harder to resolve. Pupils typically attend sessions at these institutions as visitors when problems are starting to spiral out of control in their mainstream school. If the problems persist they become permanent attendees, although in many cases they remain officially registered at the mainstream school they came from. Once effectively excluded and doing lessons at the PRU, these students are usually given targets and a roadmap back into mainstream education.

What is needed is at least one adequately-funded version of the PRU in every local authority. It needs to work with schools to identify problems quickly- even at the age of five if necessary. It needs to work hand in glove with social services to support the family and the child together. It needs to bring children in quickly but make it easy and appealing for its pupils to get back into mainstream education- so long as they start adhering to some very basic norms (respect for others, non-violence etc.) More than anything, it needs to be generously-funded and equipped to accommodate all the children who require it and to attract skilled leaders and staff. Most controversially, perhaps, referring a child to the unit must be possible without parental consent- the decision to exclude a disruptive pupil is about much more than that one child. Far from writing these children off, we should throw the kitchen sink at helping them out- all of society will benefit if we do. Meanwhile, the vast majority of children can feel safer and learn with fewer disruptions in mainstream schools. And let’s be honest here- once they’d seen one of their classmates packed off to the PRU, they might just have a renewed respect for the very reasonable boundaries in their classrooms and playgrounds.

Children value fairness more than anything else. When they see someone sabotaging their learning, they don’t think it’s fair. When they see someone getting away with doing horrible things they would never do, they rightly wonder why. Their parents wonder why as well. In order to rebuild public trust in the Inclusion Agenda, we must ensure children understand that they are ultimately accountable for their own choices. For the right, that is going to mean paying more than you might want to on supporting vulnerable families. For the left, it’s going to mean revisiting what we really mean when we talk about “Inclusion.” We can strive to accommodate every child’s needs in mainstream schools. That doesn’t mean we should tolerate all their choices. 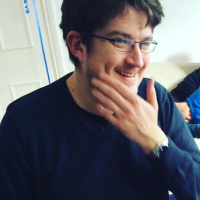