I am part of the Teaching Crisis. In that sentence I wrote “the Teaching Crisis” with capital letters and a definite article as though it were a well-known, named thing like the Banking Crisis in 2008 or the Abdication Crisis in 1936. It isn’t but it should be.

Since September 2013, I’ve been the deputy head of a large primary school in inner London. The head teacher I work with is fantastic. We have a committed, talented team of staff and governors and the young people I teach are always entertaining. The pay is pretty good. I’m currently undertaking my NPQH (National Professional Qualification in Headship) so I’ll soon be ready to apply for the top job at a school of my own. But I’m not going to. In July I’m walking away from the profession that has been my life for more than twelve years and I genuinely don’t know if I’m ever coming back. I’m not alone.

This is the story of the Teaching Crisis.

I’m wandering off into the sunset after twelve years.

In 2003, during my third year at university in Sheffield, I started volunteering in a local primary school. After three years studying philosophy, as theoretical and abstract a discipline as you can imagine, there was a real thrill to feeling like I was doing something “real”- helping little people to read, write and do maths. Realising that I could inspire and motivate the pupils I was working with was really exciting and I decided that I wanted to be a teacher.

Even then, the primary education system imagined by Blair’s government was full of frustrations- primary schools were just stumbling out of the tyranny of the “literacy hour” in which all English lessons were taught (and inspected) according to a centrally-dictated timescale presented as a patronising diagram of a clock. The effectiveness of schools was judged largely on the contents of huge ring-binders full of arbitrary targets and tokenistic policy statements referred to, somewhat dubiously, as “evidence.” Worst of all, for me, lesson plans were tortuously shoe-horned into detailed, prescriptive Microsoft Word tables which required almost every box to be filled with some sort of jargon, just so it looked impressive in one of the aforementioned ring-binders.

Within this bureaucratic landscape, however, there was still (just about) time for the part of the job that mattered: getting to know the young people in your care, understanding what made them tick, and finding ways to reach them on an individual level. You could placate the various rampaging paperwork trolls with a couple of hours a week of judicious “copy & paste”-by producing just enough A4 sheets of edu-waffle to make them go away and let you carry on with your actual job.  The KS2 assessments (what we have been incorrectly referring to as “SATs tests” since the 1990s) were constructed according to a rigorous and clearly-prescribed set of criteria and schools were held accountable for their performance in them- but this was only one part of what made a school “effective.”  Back then, very few head teachers would have had to choose between their conscience and their job. For all their faults, it’s worth remembering that the cornerstone of the Blair government’s education policy was a document called “Every Child Matters.”

During the last three years of the Labour government, there was a real sense of light at the end of the tunnel. It felt as though, after more than a decade in control of primary education, they had finally come to understand it. Under the (actually quite impressive) leadership of Ed Balls, the rebranded Department for Children, School and Families started issuing edicts that actually kind of made sense. They ditched what remained of the primary national strategies which dictated how maths and English should be taught and they commissioned Sir Jim Rose to produce a comprehensive review of the primary curriculum, which suggested that traditional subject divides be replaced with broader areas of learning and stressed the importance of play, particularly for younger pupils. It promoted the development of good speaking and listening skills and the value of nurturing beneficial character traits in young people such as resilience and independence, as well as the clear focus on maths and English that already existed. The Rose Review was far from perfect but, having been authored by a former HMI director of inspections on the basis of broad consultations it set out a direction of travel which almost everyone that knew about education agreed with. Everyone, that is, apart from the new shadow secretary of state for Children, Schools and Families. And there was an election coming up. Balls out- balls up. Enter stage hard right, Mr. Michael Gove.

What’s strange is that the first two years of the Dark Lord’s attack on primary education were happy ones for me. Yes the government websites had been rebranded (the “Department for Education” now replacing the all-too cuddly-sounding DCSF) but the school I was working at during that era was led by a brave, inspiring head teacher with his own sense of what he wanted to do, regardless of the noises coming out of Whitehall. We rode out what one colleague of mine from the time once referred to as the “phoney war” in relative peace and quiet. We scaled back the bureaucratic burden (goodbye to detailed lesson plans and officious-sounding acronyms like IEPs and APP grids) and replaced it with a few simple, manageable systems for ensuring children enjoyed learning and developed confident, resilient personalities. Like anything else in education, what we were doing wasn’t perfect but I was a Year 6 teacher at the time and I have no doubt that most of the children I taught then had been much better prepared real life than those leaving primary school now.

2012 was the turning point. Ofsted’s obsessive focus on results and the threat of no-notice inspections for schools whose test scores dipped started to engender a culture of fear at every level of management. Terrified by the threat of losing their jobs in an academy takeover, head teachers began to make more and more absurd demands of their teachers’ spare time, particularly through unrealistic and unmanageable marking policies. The government stepped up their anti-teacher rhetoric in the media as they fought a series of battles with our unions over cuts to our pensions and the introduction, against all the evidence, of performance-related pay for teachers. The failure of the free school and academies agenda to provide sufficient school places for four-year-olds was causing rows between communities and local authorities over school expansions and “bulge classes” (one-off additional classes in particular year groups at particular schools.) Perhaps most seriously, the constant changes to primary assessment started to squeeze out everything from the curriculum that wasn’t directly concerned with producing short-term, measurable units of an increasingly abstract notion called “progress” in reading, writing and maths.

It was in January of that year that Sir Michael Willshaw, the chief inspector of Ofsted, had made his now infamous comment that “if anyone says to you that ‘staff morale is at an all-time low’ then you know you’re doing something right.” Four years on, as he prepares to stand down as chief inspector, I suppose we can only congratulate Sir Michael on having met his own success criteria during his tenure so completely.

And now, at the tender mercy of Nicky Morgan, this tragic tale reaches its conclusion. The primary assessment system has been overhauled completely and, unless you want Ofsted to sack your head teacher and give your school (and the land it’s built on) to one of Michael Gove’s friends (or if your school is already controlled by one of Michael Gove’s friends) you have no choice but to teach to a dull, uninspiring series of tests that have precious little relevance to the twenty-first century lives our pupils are going to have to navigate.

Me dressed as a SATs paper when we still had a sense of humour about it all.

We used to be inspiring young people, opening their minds to new possibilities and giving them a lifelong love of learning. Heaven knows what this strange game we’re playing now is supposed to accomplish. Teaching was once a creative, optimistic, energising job. Not in the Gove-Morgan world of coordinating conjunctions and “formal written methods.” Got a passion for music? Primary teaching is not for you. Want to inspire children with drama? Go hug a tree, you Corbyn-loving hippie. Think children should learn about their local area? Officially that’s fine (it’s on the meaningless, untested part of the curriculum) but just make sure you link it to your grammar objectives because any child that doesn’t understand the precise grammatical role of the subjunctive mood at the age of 11 will henceforth be branded a failure. I mean, do most Tory MPs even understand the precise grammatical role of the subjunctive mood?

Trying to inspire children with drama like a tree-hugging, Corbyn-loving hippie.

At my own school, we’re still (just about) able to strike a balance between what we believe and what is imposed from above but doing this is getting harder every year. Meanwhile, it seems teachers in most other schools are monitored, examined, scrutinised and graded as though working a 55-hour-week for 32 hours’ pay is a special privilege of which they should be continually proving themselves worthy. Being a teacher should be a privilege and it was a privilege not so very long ago. But it isn’t at the moment. Not like this. Teachers want trust, respect and the right to exercise their own professional judgement.  They want the system they work in to be designed by people who understand education. They want a school system run for the benefit of pupils, not politicians. Most of all they want to be listened to. Without these simple courtesies (for that is all they are- all we’re asking for) it’s just not worth it.

And no, before you ask, the holidays don’t make up for it. 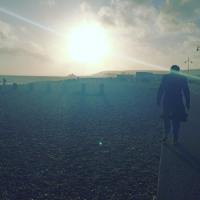 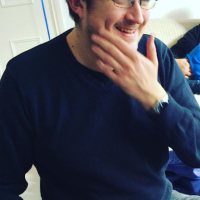